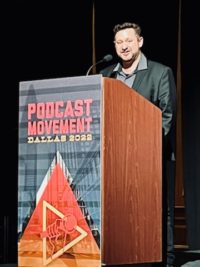 Podcast Movement returned last week. This time, the annual conference convened in Dallas. Thousands of podcasters, as well as representatives from podcast-adjacent industries, descended on the city for a week of learning and networking. I had the good fortune to attend. Here are my biggest takeaways:

1. Podcasters are excited about programmatic advertising…

So now that programmatic ad insertion is becoming widely available to content creators, the question becomes how to best take advantage of it. After all, the medium's practitioners have long championed the effectiveness of ads read by hosts over the highly produced commercials found on traditional media. Tom Webster of Sounds Profitable presented research that explored the effectiveness of three different types of ads: ad-libbed live reads by the host, scripted reads by the host, and scripted reads by an announcer other than the host.

While live reads performed slightly better, announcer-read spots were considered more authoritative, leading Webster to recommend a mix of both.

Another hot topic accompanying the rise of programmatic ads: brand safety. How can advertisers ensure that their ads don't appear in podcasts that offend customers or are a poor match for their product? Mike Chen of Triton Digital and Dan Daugherty of Sounder.fm led separate sessions on this topic.

2. But listeners have growing concerns about podcast spotloads.

There are signs that podcast listeners are becoming agitated by the growing number of commercials in their favorite podcasts. In the opening keynote address, Gabriel Soto of Edison Research showed that 36% of survey respondents feel television plays too many ads and 23% say the same about radio, while only 10% say this about podcasts. However, this number has doubled over time. In a separate study conducted by NuVoodoo, 54% of podcast listeners complained about too many commercials in some podcasts. This should serve as a warning sign for podcasters.

This lead to discussion at the conference about the difference between “good” podcast ads and “bad” podcasts ads. A podcast's ad might be bad for any number of reasons — it's too loud, it's overproduced, it's a poor fit for the content, etc. While these factors can all contribute to how much particular ads annoy listeners, they don't address the central issue: the problem is the number of ads, not just the quality of the ads. After all, an ad is still an ad. 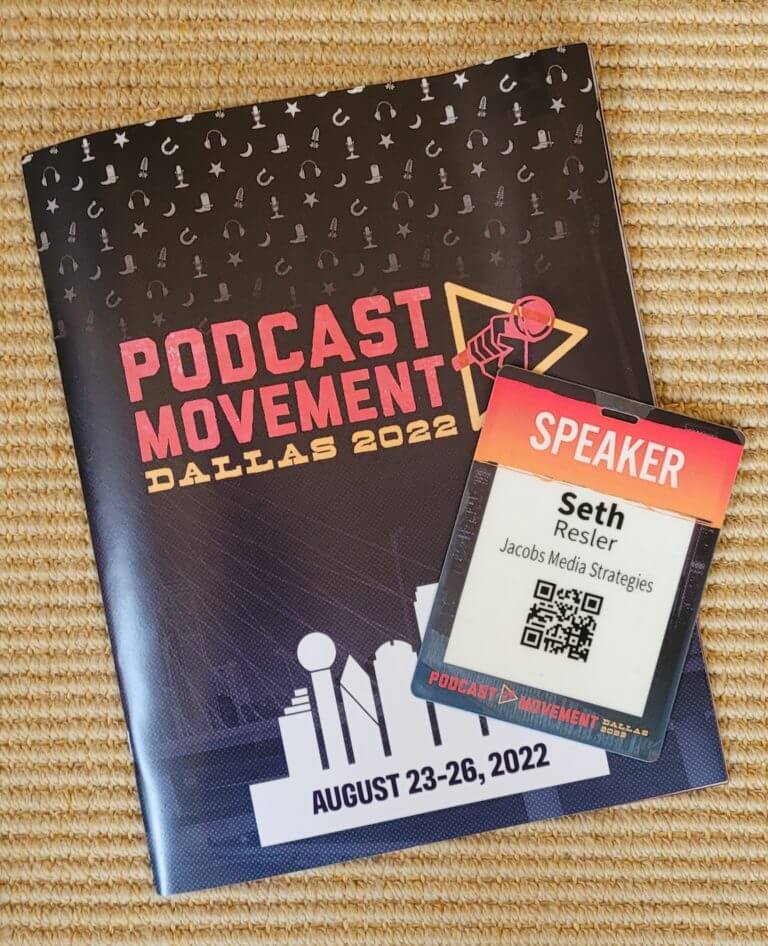 3. Video is the next frontier.

There were several sessions that focused on how podcasters could best take advantage of video. While sessions about TikTok and Instagram Reels were part of this, YouTube really lies at the heart of this discussion.

There does not appear to be consensus about the role that YouTube plays in podcast consumption. Researchers like Tom Webster of Sounds Profitable and Jeff Vidler of Signal Hill Insights contend that YouTube rivals Spotify and perhaps even Apple Podcasts for podcast consumption, while folks like Todd Cochrane of Blubrry and Rob Walch of Libsyn argue that very few of the top podcasters receive significant views on YouTube.

YouTube's new Podcast Lead, Kai Chuck, hosted a packed session at the conference. However, aside from the unveiling of a new page at YouTube.com/podcasts, there was no major product announcement. Instead, Chuck handed the floor to A.J. Faliciano of Rooster Teeth, a digital media company owned by Warner Brothers Discovery that first found success creating content on YouTube nearly two decades ago.

Faliciano shared the lessons that Rooster Teeth had learned over the years. Perhaps the most important: Podcasters should diversify their revenue streams. Rooster Teeth makes only a third of their revenue from podcast advertising; in fact, video opens up several new sponsorship opportunities for clients, including product placement and contextual links.

4. It's becoming harder and harder to escape politics.

The view of Podcast Movement from the inside was very different than the view from Twitter. Successful conservative podcaster Ben Shapiro made a brief appearance at the sponsored booth of his company, the Daily Wire. Over the years, Podcast Movement has gone to great lengths to make diversity and inclusion a priority at its conference. Sensing that some attendees might not be comfortable with Shapiro's presence given his stance on LGBTQ+ issues, the conference issued an apology on Twitter. Before long, the story erupted into a partisan firestorm.

I would not have known about any of this had it not been for emails from the home office. As I bounced from session to session, I witnessed none of it first-hand.

Regardless of your views on the incident, it's clear that it is becoming harder and harder for businesses to avoid the partisan political climate that has engulfed the nation. Can business transactions, such as the purchase of a sponsorship package, be purely apolitical? Or by entering into such a transaction with another business, are you tacitly endorsing that organization's political views? And are the rules different for a media company that produces political content than they are for, for example, a company that produces shoes or ovens? 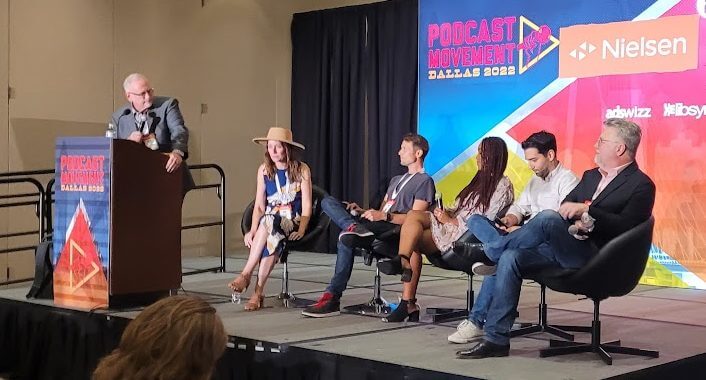 5. Traditional media companies are well-positioned in the branded podcasting space.

Former radio programmer and Jacobs Media consultant Dave Beasing of Sound That Brands hosted a panel on branded podcasts. Among the many nuggets of insightful information was this admission from Andy Kelly of iHeart Media: When they first started producing branded podcasts, the clients would not always spend additional money to promote the finished product. The result was some very well-produced branded podcasts that received very few downloads. Learning from this, the company changed their model. Now, if a company commits to a large enough media spend, iHeart will produce a podcast for them at no additional cost.

This move is brilliant, and it shows why established media companies should have a leg up when it comes to branded podcast production. Not only do they already have the staff and expertise for these projects, but they also have the tools to promote the finished product. By contrast, unattached production houses do not, which puts them at a disadvantage. This makes branded podcast production an ideal revenue stream of broadcasting companies. 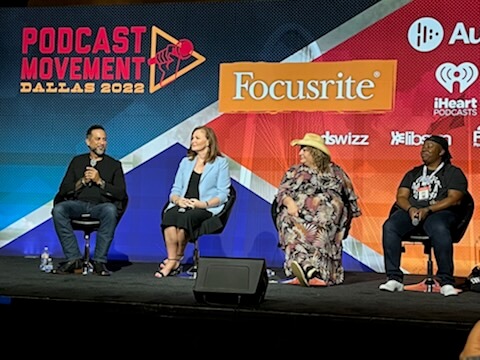 Of course, I once again hosted the Podcast Makeover session at the conference. A panel of broadcasting and podcasting professionals, including Allen Evans of KandA Media, Kellie Raspberry of the Kidd Kraddick Radio Show, Jess Kupferman of ShePodcasts and Anna DeShawn of The Qube and E3 Radio, critiqued the first 30 seconds of seven different up-and-coming podcasts. Every year this session provides valuable feedback. It's always an honor and a ton of fun.

Thanks to Dan and Jared for inviting me back. I'll see you all in Denver in for Podcast Movement 2023!

Editor's Note: The views and opinions of this article do not necessarily reflect those of the MAB. Contact the MAB for information on the MAB's official editorial policy.