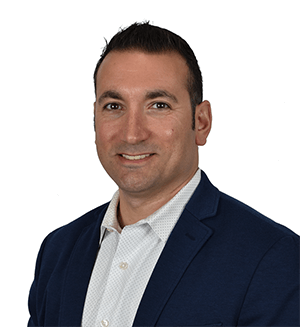 Governor Gretchen Whitmer on September 15 announced the appointment of Brian Hanna as acting executive director of the Cannabis Regulatory Agency (CRA). Effective September 19, Hanna will join the CRA, bringing extensive experience to fill this vital role within the Whitmer-Gilchrist Administration.

"I am thrilled to welcome Brian Hanna as the new acting executive director of the Cannabis Regulatory Agency, where he will continue putting Michiganders first, growing our economy and creating jobs," said Governor Whitmer. "The state of Michigan and the CRA are at the forefront of the nation’s hemp and marijuana industry, setting the standard for stimulating business growth and preserving secure consumer access to cannabis. A win for the industry is a win for Michiganders because its tax revenue allows us to invest back into our schools, roads, and other essential services that make a real difference in our communities. I am confident Brian will serve as an excellent leader as the CRA continues establishing Michigan as the national model for cannabis regulations."

Hanna’s previous service in the Marijuana Regulatory Agency, now CRA, under former Executive Director Andrew Brisbo will ensure he continues the mission and ongoing work of the agency. Hanna spent 5 years with the CRA as the manager of field operations, inspections and investigations. He has a law enforcement and military background, having previously worked as a criminal intelligence manager and analyst with MSP and as a Deputy Sheriff for Kalamazoo County. He also served as a Captain in the United States Army Reserve with a combat deployment to Afghanistan from 2010-2011. Hanna holds a Bachelor of Arts in Criminal Justice from Western Michigan University and an associate’s degree in law enforcement from Kalamazoo Valley Community College.

“I am excited to return to the Cannabis Regulatory Agency and am grateful for this opportunity,” said Hanna. “I look forward to reconnecting with stakeholders to ensure we have a clear and concise regulatory framework for oversight of this industry to promote continued growth in Michigan. I also look forward to working with the Administration and our legislative partners wherever possible to continue providing safe products to consumers. I’m honored that Governor Whitmer has appointed me to lead this important agency and look forward to getting to work.”

The State of Michigan will conduct a nationwide search to select a permanent executive director for the CRA.

In February, Governor Whitmer signed an executive order consolidating the regulation of the processing, distribution, and sale of marijuana and hemp into a single state agency: the Cannabis Regulatory Agency (CRA). Established April 13, 2022, the CRA replaced the Marijuana Regulatory Agency. The CRA has authority over Michigan's cannabis and hemp processors, handlers, and distributors and is housed within the Michigan Department of Licensing and Regulatory Affairs (LARA).