Editor's note: The Michigan Association of Broadcasters is deeply saddened by the loss of Jim Matthews. Listeners throughout the state relied on Jim's impactful work and he was a revered leader and mentor among his broadcast peers. Our condolences are with his family, friends and colleagues. 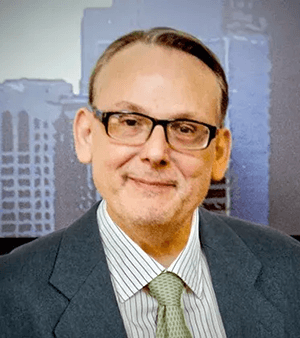 WWJ reports that the vigil, organized by family friends, is scheduled for 7 p.m. at Brandenburg Park on Jefferson Avenue on the shores of Anchor Bay.

Matthews’ brother, Joe Nicolai, told WWJ’s Charlie Langton earlier this week he is touched by the outpouring of support his family has received.

In a statement, WWJ radio said, "There have been many tears shed in our newsroom today and Jim will be greatly missed. Our thoughts and prayers go out to Jim's family and friends during this difficult time."

WDIV-TV reports that a GoFundMe page was organized for the children of Jim Matthews.  Ashley Quigley, the aunt of the two children, created the page with a goal of $10,000. According to the GoFundMe page, Jim Matthews’ daughter, who were also victims of the attack, is doing well physically, but his 10-year-old son is in critical condition.

Matthews, who was 57, had worked for about seven years as an overnight anchor on WWJ.  Prior to his move to Detroit, he was an on-air personality WSAQ-FM (Port Huron), later becoming a news reporter for sister station WPHM-AM from 2000 to 2015.

Bill Gilmer, Matthews' former supervisor at the Port Huron stations, told the Port Huron Times-Herald, "Matthews was an honest, good reporter, and he knew we could always depend on him for a quality story.  "He was good, damn good."