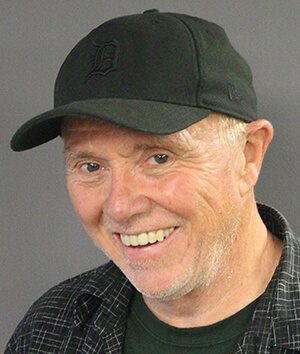 The MAB has learned that former WRIF-FM (Detroit) air personality Carl (Carlton) Coffey passed away September 24 at the age of 73 at his home in Lapeer.  Coffey spent over 13 years at the station hosting "The Riff Rock Cafe."  He then did 8 years at sister station WCSX-FM, hosting "Your Afternoon Coffey Break."

Posting on his blog in 2020, consultant Fred Jacobs, recalling his WRIF days, wrote of Coffey, "...we had a strong lineup all 24 hours a day. The overnight guy and host of “The RIF Rock Cafe,” Carl Coffey, could have done morning drive on most other rock stations."

He began his 54-year radio career in 1967 at WHTM-FM (103.1) in Lapeer.  Coincidently his most recent radio work was on that very same frequency in Lapeer, working for Townsquare Media at what is now WQUS.

Coffey was also on-air at WWCK-FM (Flint) and WTAC-AM (Flint) during his career.

Coffey last appeared on WRIF in 2021 as the station was celebrating its 50th anniversary.  Read more and listen here.

He was born on May 1, 1949 in Brown City, Michigan, in Sanilac County. He is the son of Richard Howton Coffey and Gladys Marie (Stephenson) Coffey.  Coffey grew up on his parent’s dairy farm in Arcadia Township where he began milking cows at the age of six. He attended Arkdale School, a one room schoolhouse, Dryden High School and Imlay City High School graduating in 1967. He married Andrea Christine Luczynski on July 28, 1984 at West Goodland United Methodist Church.

He served in the US Army 4th Division Infantry in the Republic of Vietnam as an Indirect Fire Infantryman, or Mortar man, and was awarded the Combat Infantryman Badge for service while actively engaged in ground combat, Air Medal, Vietnam Campaign Medal, Vietnam Service Medal and National Defense Service Medal.

Coffey is survived by: his wife, Andrea; brothers, John Coffey of Manchester, Michigan, Wayne Coffey of Margate, Florida, and Roger (Jeanette) Coffey of Attica, Michigan. He was preceded in death by: his parents, Richard and Gladys Coffey; a brother, James Thomas Coffey; and infant twin sisters.