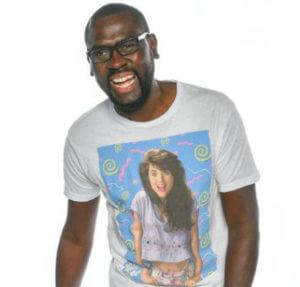 Beasley Media Group has announced that Mean Jean Fremont has been named as the new Morning Personality and Assistant Program Director at 105.1 The BOUNCE (WMGC-FM) in the Motor City. He will officially begin his new position on October 17, 2022.

Fremont most recently served as the Program Director of WKHT Hot 104.5 in Knoxville, Tennessee and worked as the station’s afternoon drive personality. In his new role, he will work alongside Shannon Renee mornings WMGC 105.1 while also serving as APD at the station.

“Jean impressed us with his abilities on and off the air. He truly understands the dynamics of our business, and his experience in the format will help The BOUNCE continue to grow,” said Beasley Media Group Vice President of National Content and Director of Detroit Programming Scott Jameson.

“Mean Jean got our attention the first time we heard his engaging show,” said Beasley Media Group Detroit Vice President and Market Manager Mac Edwards. “He definitely jumped to the top of the list after getting to know him and hearing his insight and appreciation for The BOUNCE’s Party/Throwback format. We’re excited to have Mean Jean join Shannon Renee on The Morning BOUNCE and make his mark as APD with Beasley Media in the Motor City!”

“I am humbled and honored to be chosen to join the Morning BOUNCE," said Fremont “I have admired Beasley Media from afar for quite some time, and am excited to join an amazing team in Detroit. Thank you to the Leadership team for this amazing opportunity to grow, learn and WIN!” 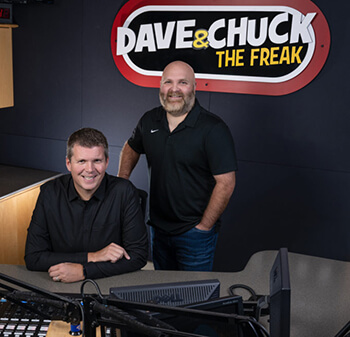 Dave and Chuck the Freak

In other news from Beasley/Detroit, the company announced a long-term renewal extension for Dave Hunter and Charles Urquhart, co-hosts of the successful Detroit-based WRIF-FM Dave & Chuck the Freak Morning Show.

The show can also be heard on Beasley’s WBOS-FM in Boston, WPBB-FM in Tampa and WXRK, Ft. Myers and is now available to radio stations nationwide through a recent syndication deal with Key Networks keynetworks.com/dave_chuck/.

The Detroit-based morning show, known for its unique style of humor and banter, along with heavy social media interaction with fans, provides wicked laughs and entertainment weekday mornings for listeners.

Dave and Chuck began working together in April of 2001, along with cast member Lisa Way, on Windsor, Canada’s 89X (CIMX 88.7 FM)until November of 2012. The show officially debuted on the WRIF-FM airwaves back in May of 2013. Since then, they’ve added cast member Andy Green, Producer James Campbell, Video Editor Jason Watson, and Syndication Producer Al Beck. They have also signed renewal extensions to remain with the show.

“We are thrilled to have Dave and Chuck remain in the Beasley Media Group family for years to come,” said Executive Vice President and Chief Operating Officer Brian Beasley. “They are what great morning shows are all about – funny, smart, and completely connected to their audience on multiple platforms. It’s a privilege to have them on our team!”

“Dave & Chuck have been such a big part of the Detroit community for over 20 years and the show continues to grow into other markets,” said Chief Content Officer Justin Chase. “We’re very happy to extend our relationship!”

“We’ve had the pleasure of working here for almost a decade and are thrilled to continue on working with Beasley Media Group,” said Dave Hunter. “We’re also lucky enough to actually still all like each other on the show and continue to have a lot of fun, so signing on for more was a no brainer!”

“In today’s radio landscape strong personalities aren’t only preferred, they’re a must have,” said Beasley Media Group Vice President of National Content and Director of Detroit Programming, Scott Jameson. “Every day, Dave & Chuck deliver a textbook morning show framing the weird world we live in, making us laugh and gasp with extraordinary storytelling.”

“Dave & Chuck the Freak – and their talented ensemble cast – are remarkable entertainers who know how to enthrall an audience and leave them wanting even more Dave & Chuck content every single day,” said Vice President and Market Manager Mac Edwards. “I couldn’t be happier to have them with us for many more years of laugh-out-loud morning moments in Detroit and across the country!”