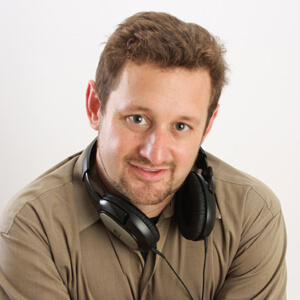 When I attended Morning Show Boot Camp in Chicago in August, the buzzword of the conference was “repurposing.” The idea of taking your radio show and repackaging it for use on other platforms, from YouTube to social media to podcasts to blogposts, was a constant theme in session after session.

While I agree with the basic sentiment — instead of creating brand new content for each platform, look for efficiencies that come from recycling the content for multiple destinations — I am not a fan of the word “repurpose.” “Repurpose” sounds like an action that takes place solely after the show is over. It says, “We made this show for radio, but now let’s hack it up to post it in other places.” It conjures up images of The A-Team firing up its blowtorches to transform a beat-up old van into a tank that can protect a poor village from the drug cartel that’s been terrorizing it.

Sure, you can approach your radio show that way. But if you know your van is going to become a tank from the outset, your job will be a lot easier if you plan accordingly. So instead of “repurposing” your radio show, “pre-purpose” it. In other words, design your entire show-creation process with all of these destinations in mind.

1. Decide on the destinations.
When I used to host afternoon drive, my show prep process began with a copy of the music log. I could see where my breaks fell in each hour, then start pouring over prep sheets or the internet to look for content to fill each slot. I knew that I had different types of slots to fill with content. One hour’s break might be just long enough for a witty one-liner, while the next hour was set up to allow me to stretch a topic across multiple breaks and solicit phone calls from listeners. I might also have special segments, such as concert calendars, celebrity gossip or sports reports, to fill. My job was to build a radio show by finding the best content for each slot.

That aspect of being an on-air personality hasn’t changed with the creation of the internet; we simply have more slots to fill with content. And these new slots — social media posts, blogposts, podcast episodes, etc. — come with a wider range of characteristics. They vary in length, primary media types (video, audio, text, photo, etc.), and other characteristics. New technology now offers more interesting “slots” for on-air talent to present content than ever before; it’s very exciting!

To take full advantage of these new slots, we want to plan for them in advance. Start by brainstorming a list of all the platforms that you radio station and/or air talent could be on, including:

Of course, you don’t need to be on all of these platforms. Instead of overextending yourself, be selective. Once you’ve conducted an initial brainstorm, narrow the list down to just the platforms that you think you can regularly do well.

Make sure you understand the type of content that performs best on each platform.

After you’ve selected the platforms that you want your content to appear on, make a list of the requirements for content on each of these platforms, as well as any best practices. You’ll use these as a factor in deciding which content ultimately winds up at which destination.

4. Decide which pieces from content will go on each platform.
Now that you’ve got your list of destinations, along with the strengths and requirements of each, it’s time to take another look at your radio show and decide how to get pieces of it to the places that you want. Even if you’re working with an existing show, it’s helpful to ask, “If I were designing this from the ground up, how would I create these shows to maximize the strength of each platform?”

You may decide that the entire show is broadcast live on the radio, but only one hour of the show is also broadcast live on Twitch. Perhaps your in-person interviews will be made available on YouTube, while phone interviews will also be released as part of a podcast series. Celebrity gossip segments may have images added to them and get posted a TikTok and Instagram Reels videos, while weird news segments could be turned into blogposts. Ultimately, which content you assign to which slot is up to you.

5. Figure out the production process.
Once you know what’s going where, you’ve got to come up with a system to get it there. This means your show production process will need to account for all the different final destinations. Sometimes, this will simply be a matter of taking a recording of the show, editing it and posting it. More often than not, however, this will require you to change the way the content is created in the first place to make it easy to get it to the proper place in the proper form.

For example, if you’re broadcasting an hour of your show on Twitch, you will obviously need to set that up in advance. But even if you’re just going to turn a soundbite from an artist interview into an audiogram to post on social media, you’ll still need to make sure that you have a still photo to use for this purpose. If you’re repurposing your content after the fact, it may be too late. But if you’ve pre-purposed your show, you’ll know in advance that you need to get that photo.

Moving the Needle
By thinking your show’s content strategy through from the beginning, instead of merely repurposing it after the fact, you can not only take advantages of efficiencies, but also weave these different slots together into a plan that accomplishes an important objective. As an example, I recently worked with a television station that was recording (but not broadcasting) local election debates. The station wanted to figure out how to get the most bang for their buck out of this content. We came up with the following ideas:

Ultimately, all of the platforms where short pieces of content were posted were used to encourage people to download the station’s OTT app to watch the full debate. This, in turn, drove app downloads. Prepurposing your content not only makes it easier for you to use your radio show’s content on many different digital platforms; it also enables you to use these platforms to accomplish strategic goals.

Editor's Note: The views and opinions of this article do not necessarily reflect those of the MAB. Contact the MAB for information on the MAB's official editorial policy.