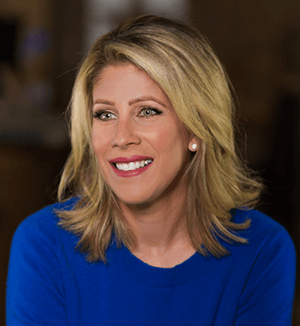 “As I look at the evolving needs of our community and the specific content on television and on our digital platforms our viewers have clearly told us they expect, Christy joining our team just makes sense,” said Bob Ellis, WDIV Vice President and General Manager. “She grew up here, she understands what is important to the people who live here and she is committed to making sure we cover important news that matters, especially on our digital news channels and our streaming channel Local 4+.”

McDonald spent the past 11 years as anchor and managing editor of WTVS Detroit Public Television’s news programming, One Detroit. Previously, she was an anchor and reporter for 10 years at WXYZ-TV (Channel 7). “With Christy on our team, we are living up to our promise to put more emphasis on the word Local in Local 4. You will see her right away with special stories on our newscasts and anchoring some new segments on Local 4+, and we have some additional significant announcements to come in the very near future that are very exciting,” said Ellis.

McDonald grew up in Southeast Michigan and has received multiple awards from the Associated Press, Michigan Association of Broadcasters and Society of Professional Journalists for moderating, anchoring/reporting and breaking news coverage. She is the recipient of the Emmy award for Best News Anchor in Michigan.

McDonald co-moderated gubernatorial debates in 2014 and 2018. “We count on local news more than ever to connect us to our neighbors and the world we live in. I am thrilled to be able to get out in the community and join the outstanding Local 4 news team to tell the stories of the special people who call Michigan home,” said McDonald.

Viewers have connected with McDonald’s personal story of growing up in Michigan, working in television and now raising three teenagers. She is also a passionate advocate for colorectal cancer awareness after losing her husband, Detroit sports talk radio host Jamie Samuelsen, to the disease.

McDonald has advocated with fundraisers, along with national media appearances and podcasts to continue the message of early screening. McDonald is a graduate of Michigan State University’s James Madison College with a degree in political philosophy.