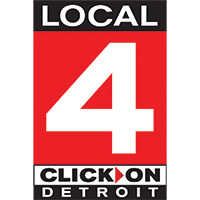 The station was known as WWJ-TV from its 1947 sign-on (under the ownership of the parent company of the Detroit News) until it was sold on 1978 to the Post-Newsweek Corporation.  The new owners immediately changed the call letters to WDIV-TV and assumed the task of "doing whatever was in their power to lift the station from an historic level of unpopularity back to its former status atop the Detroit TV world."

The station dominated the Detroit market from 1947 through the Detroit riots in 1967 and the documentary explains the factors that led to the station’s sudden plunge in popularity and how a series of astute decisions, along with a little luck, enabled WDIV to climb out of its hole in dramatic fashion.

Former staffer Eli Zaret writes, "As it turned out, uncovering the station’s history was a formidable challenge. Video tape didn’t come into use until about 1980, so the first 30-plus years of the station’s history existed solely in hundreds of film reels that had been stored at Wayne State’s Walter Reuther Library. Film deteriorates, breaks, loses color and clarity, and we spent months screening thousands of feet of footage and laboriously and frustratingly splicing it together when it would inevitably break.

It was like were on an archeological dig, pouring through piles of rubble hoping to run across a few gems.

It reminded me of how lucky I’d been to start at WDIV in 1980, when video tape and satellite technology was rapidly changing the business.

We uncovered rare footage of WWJ-TV icons like Milky the Clown, George Pierrot, Mort Neff and comical weatherman Sonny Eliot. From the video age, we compiled footage of latter-day station stars, like Count Scary and Sparky Anderson and explain why the “Go 4 it” campaign became so wildly successful."

Watch the trailer below: