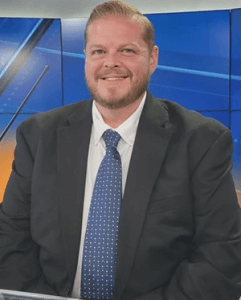 Gray Television's WLUC-TV (Marquette) has announced that it is enhancing its team of reporters, which it says will bolster its position as Upper Michigan’s Source for local news, local weather and local sports.

Longtime chief videographer Jerry Tudor is taking on a new role as TV6 Senior Reporter. Tudor has been with WLUC for 11 years and is very well-known in the communities the station.

“Elected leaders, city officials and event organizers all know Jerry, and he is very well-versed in the day-to-day issues of Upper Michigan,” said Andrew LaCombe, WLUC News Director. “He has also trained dozens of our reporters through the years on live shots and videography skills. Jerry is now excited to take on a new on-air role, developing some fresh and in-depth content for our newscasts and website.”

Tudor’s stories will be seen on evening newscasts starting in November. 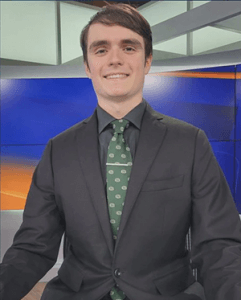 WLUC reporter Vinny La Via has also been promoted to evening anchor and reporter.

“Vinny has been a very strong reporter with us for the past year, covering many big stories and putting together in-depth series,” said LaCombe. “Vinny will continue to do some in-depth reporting as he also produces and anchors the Late News at 11:00 p.m. ET.”

Cody Boyer will continue to anchor the Late News, with La Via, until mid-November. Boyer’s schedule will then shift, and he will share anchor and producer duties with Pavlina Osta for TV6 First Look at 5:00 p.m. ET. This change will give both Boyer and Osta more opportunities to report on major stories. First Look will continue to feature daily contributions from Jesse Wiederhold at the TV6 Digital Desk and Gray Television’s award-winning InvestigateTV team.

“Our newsroom is not done growing,” said Rick Rhoades, WLUC-TV Vice President and General Manager. “We are extremely proud of our honest, dedicated journalists – the ones you see on air and those behind the scenes. We value integrity and accuracy, and our current team reflects that. We do not take our position as Upper Michigan’s Source lightly, and it’s a true honor to serve Upper Michigan viewers as we have for 66 years and counting.”