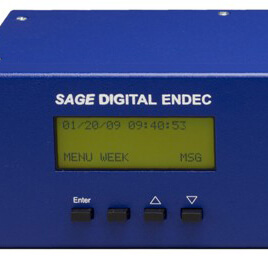 Your MAB has been tracking the progress of EAS equipment manufacturers and their plans for making their products compliant with the new CAP polling requirements set by the FCC to be in place by December 12, 2023.

This change would require EAS Decoders to poll the CAP server when it receives a legacy EAS alert. If a CAP message was received for the same alert, the decoder would this version instead of the legacy alert. This may require a software update to some EAS decoders. When CAP Polling is activated on an EAS decoder, the system, upon receiving a legacy alert (over the air), will wait for up to 10 seconds for a similar alert to arrive by IPAWS via the Internet. If a CAP alert is received within that 10 second period, the EAS will forward the CAP alert instead of the original legacy message. If no CAP alert is received within 10 seconds of the legacy alert, the legacy alert is forwarded.

Overall, using CAP has its benefits as it would permit for a clearer audio message to be sent over the air either through an attached audio file that comes with the CAP alert or through the use of the EAS decoder's text to speech functionality.

Recnet.com has been reaching out to the manufacturers and has shared the following information in an on-line post you can read in its entirety here.

Sage Alerting Systems / ENDEC: Sage has informed REC that they are planning a firmware upgrade in early 2023 to add this functionality. No firm decision has been made on pricing.

Trilithic-Viavi Solutions / EasyCAP: Viavi has informed REC that they are planning a new firmware release in Spring 2023. REC is not yet aware if this will be a paid or unpaid upgrade.

In addition to the CAP polling requirements, the new rules also would require EAS Participants to display the new text for the national alert originator code (PEP), the national test code (NPT) and (excluding cable systems) the national emergency code (EAN). This change may necessitate a software update to change the alert codes listed above. “Emergency Action Notification” will be called a “National Emergency Message.” A “National Periodic Test” will be called a “Nationwide Test of the Emergency Alert System.”

Additionally, the new rules will require EAS Participants to display a standard script for NPT alerts issued in legacy format.  This change would require television stations to have a specific graphics with approved script for what is now labeled NPT.

The MAB will continue to watch for information from manufacturers to make certain our members are up-to-date before the December 12, 2023 deadline.