How to Monitor Your Radio Station’s Brands For Impersonators 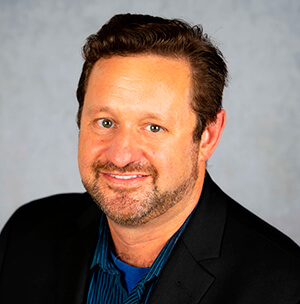 In the last week, with Elon Musk’s takeover of Twitter and the introduction of $8 blue “verification” checkmarks, we’ve seen several people set up fake accounts to impersonate famous people and brands. The trend went mainstream when popular news outlets reported that comedian Kathy Griffin was banned from the platform for impersonating Musk. Actress Valerie Bertenelli did the same.

Before long, another imposter account followed suit. A fake account claiming to be the pharmaceutical company Eli Lilly declared, “We are proud to announce that insulin is now free,” forcing the company to respond:

The tweet caused the company’s stock price to drop 4.5%, and could result in a loss of millions of dollars of advertising revenue for Twitter.

Even Jesus Christ got a blue checkmark. The anonymous person who launched the verified Twitter account in the Lord’s name told the story to Insider.

As of this writing, these antics have caused Twitter to pause its new verification program. But these acts of fakery are not limited to Twitter. As a more benign example, Drake and 21 Savage launched their new album, Her Loss, with a publicity campaign, including a fake Vogue cover, a fake interview with Howard Stern, a fake Saturday Night Live performance and a fake NPR Tiny Desk concert.

The reaction to these stunts varied: Vogue sued, Stern fawned, and NPR invited him to do a real Tiny Desk performance.

We now live in an age where digital impersonations can wreak havoc on companies and individuals that have invested years into building their brands.  Radio companies and personalities would be wise to monitor the web for for malicious actors using their name.

Larger companies may be able to afford a company like Reputation Defender or Critical Mention to help them do this. If that’s not in your budget, here are some basic steps you can take:

Start by making a list of the terms that you want to monitor. This could include the names of:

2. Trademark the ones that you can.

Talk to your legal team about which of these terms you can trademark and what protections that might give you. Earlier this year, I discussed this issue with Ronnie Raju, a partner at Wilkinson Barker Knauer. See what she told me.

You know that you can search the internet by going to Google.com, but did you know that you can ask Google to constantly run a search and notify you of any new content it finds with your key terms? You can do this using Google Alerts. Find instructions for setting them up here.

4. Do your own searches.

Most popular platforms have their own search features. On a regular basis, take ten minutes to visit each of these platforms and search for your key terms. These should include:

Be especially vigilant about the last two; as I’ve noted before, the app stores are rife with developers looking to take advantage of radio brand names.

Regularly monitoring these platforms has benefits beyond just protecting yourself from reputation attacks. It will also give you a sense of what people are saying about your radio station.

Do your best to figure out how you’re going to respond before something goes wrong, not after. Identify the decision-makers that should be involved in any actions, including your legal team.

Decide when something is a crisis that requires a response, and when a more subtle approach is appropriate. I have seen organizations use social media to respond to something, only to have the response draw more attention (and backlash) than the original incident. Sometimes, less is more.