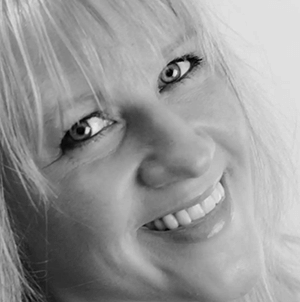 Tina Sawyer, a veteran of morning radio in central and northern Michigan, is the new local host of WCMU's Morning Edition. Her first day hosting was this past Tuesday (12/13).

She takes the host chair from Mike Horace, who has served as WCMU's Morning Edition for the last seven years. He is also WCMU's Radio Program and Operations Manager — a role he will now focus on full time.

Tina says she is excited to begin hosting Morning Edition.

"Thank you for including me in your morning routine on WCMU! I look forward to having you join me every weekday morning."

Tina has been on the air in central and northern Michigan since 1988. Originally from Houghton Lake, she has called Mount Pleasant home since 1992. She spends her spare time with her two daughters, Emily and Courtney, her boyfriend Jason and his daughter Abigail, her two cats, Kitty and Luna, and her dog Coco.

"Our Morning Edition listeners have been family to me over the last seven years," said current host Mike Horace. "It's such an honor to be invited into someone's home or their car, helping them get their day started. I'm going to miss those daily connections with people throughout Michigan, but our listeners couldn't be in better hands with Tina Sawyer taking over as host. I'm excited to see her grow in this new role."

Mike was named host of WCMU's Morning Edition in October, 2015. He took on the additional role of Radio Program and Operations Manager in 2018. He was previously a reporter and midday host for WCMU.