Scott Randall Moves Down the Hall at Beasley/Detroit 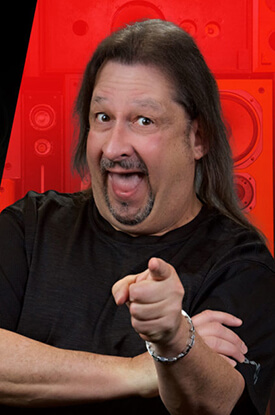 Randall, who has worked at WRIF-FM over the past 25 years, most recently served as the 7pm – 12 midnight host at the station.

“We didn’t have to look far to find the right person to fill this key daypart on CSX,” said Beasley Media Group Vice President of National Content and Director of Detroit Programming, Scott Jameson. “He has been a fixture in Detroit’s rock, radio and charitable communities for a quarter century, His knowledge of the format, combined with his positive attitude will help CSX grow in 2023 and beyond!”

WRIF Program Director Jade Springart added, “This transition comes with mixed emotions. We are so proud and thankful for everything Screamin’ Scott has accomplished with WRIF. He started as the overnight jock 26 years ago and has branded himself in the Detroit rock-n-roll scene. All of us down the WRIF hallway wish him the best with his new adventure in afternoon drive at WCSX. Cheers to you, Buzzy!”

Parttime On Air Personality Aimee Faykosh will assume Scott’s WRIF duties on a temporary basis until a permanent replacement has been announced.