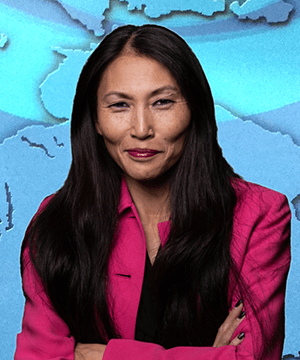 Heritage Broadcasting's WWTV/WWUP-TV (Cadillac) has announced that Jodi Miesen has joined the station as a general assignment reporter. Prior to her move up north, Miesen was a news reporter for WMUK-FM (Kalamazoo), the NPR affiliate connected to Western Michigan University. She also worked as a freelance reporter for WKTV News Journal based out of Wyoming, MI.

Miesen was raised in West Michigan and is a graduate of Grand Valley State University with a degree in Broadcasting. She got her start while still in college at WGVU-WGVK as a production assistant but quickly moved on to other roles.

She’s worked as a radio reporter, producer, movie critic, and board operator for WGVU radio, another NRP affiliate. She also has an extensive background in broadcast television news. Miesen has worked at WOOD-TV (Grand Rapids), starting as an assignment desk editor, then as an update anchor and associate producer for their morning newscast. She then moved on to WLNS-TV (Lansing) as an assignment editor, producer, and newsgatherer.

In addition to her television work, Miesen is also a weekend air personality, spinning polka records at WYGR-AM/FM in Grand Rapids.