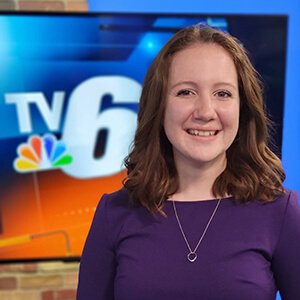 Gray Television's WLUC-TV (Marquette) has announced that it is adding staff and will soon add more local news on weekends.

The station has announced plans to launch a live newscast at 6:00 p.m. eastern on Saturdays and Sundays beginning February 18.

Currently, WLUC (TV6) airs the pre-recorded “Top Stories of the Week” during the weekend, with a live newscast at 11:00 p.m. eastern time.

With the addition of a full half-hour live newscast at 6:00 p.m. on Saturday and Sunday, the station aims to provide viewers with even more relevant news content seven days a week, bolstering its position as Upper Michigan’s number one source for news.

“The expansion of our news at 6:00 p.m. on the weekend is part of our long-term vision of growing and expanding our local news brand,” said Rhoades. “The viewers have been requesting this change for a number of years, and we are proud to offer this to them.”

“Our entire news team is excited about this expansion, as it gives us another chance to update our viewers on the weekends,” said LaCombe. “We also know that the Late News may be too late for some, so we now can get our audience the news, weather and sports they trust at an earlier hour. This is also made possibly by expanding the newsroom’s reporting staff.”